Ted Bundy was born Novermer 24, 1946 in Burlington, Vermont. He moved to live with his grandparents because of the social disgrace that came with him being born out of wedlock. His grandparens told him that they were his parents and his mother was his sister. Later he found his birth sertificat and found out the truth. Bundy disliked his mother for iding the truth from him. His grandparents however, he had no problem with. He told some reporters that he was close to his grandfather. He may have said that to reporters but when it came to attorneys he claimed that his grandfather was abusive and violent.

In the 1970s he kidnaped ,murdered, and raped his victims. Also, he was a necrophile. Bundy was a very handsome man which helped dra in his prey. 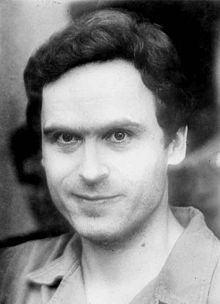